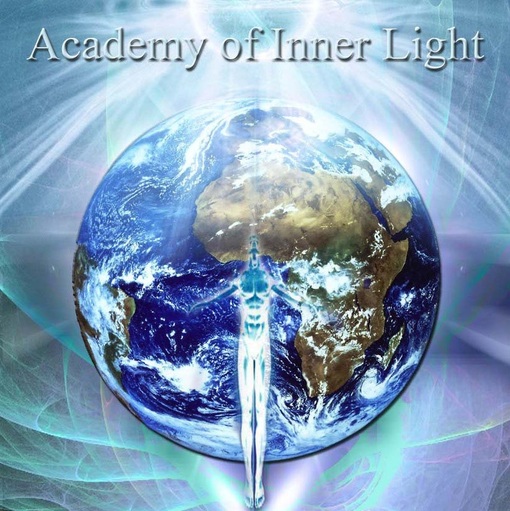 the meteors had the black goo which appears to be an other universal or dimensional being reaching down via AI through a demonic race. we trusted them and they altered our subconscious to become cold and lumeria fell. 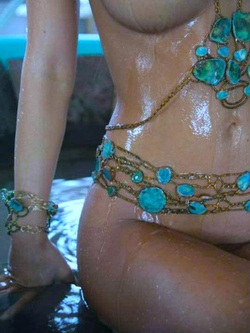 "finding out about spiritless or soules humans the organic portal passive matrix agent portal is only the beginning.. my research and self experience indicates the asymptote of all this rothschild rockerfeller business and aliens EDs and ETs and gang stalking and corruption, transhumanistic agenda etc, all leads to more than even the reptilians which merely seem to be another level of ED footsoldier. it appears to lead to a complete recalibrative being something you may see as the end thing in doctor strange movie, actually attempting to be invoked and recalibrate the electromagnetic spectrum as we know it to completely phaze out life as we understand it in an electrical physical holographic form. It appears to me asif chemtrials and the fluoride in the water which is why you dont care about the fluoride in the water is only the tip of the ice berg and i want to say the least of our problems(however i understand waters portal like nature so i cant say that) and that we really need to become not just astrally 4th dimensionally aware but through to the tenth, and that we need to wage the war inter dimensionally if we want to have any real chance against this, you must take out the head not just cut the third dimensional tail off the snake(the real live people who are the blackops and govt and gang stalkers etc), and that if we are not kidding ourselves in this we must team up with the plant and fungi hallucinogens, grounding and meditational clarity." ~benjamin couwenberg www.consciousazine.com 2016

atlantis was not more complex than us
thats
anochronistic
and thats like ur belief going against the whole
universe.
Why because things get more complex every minute not less. The universe is a novelty producing and CONSERVING machine.
atlantis lumeria are not cities of past or civilizations. rather they are resonances appearing in our EYE.
the future cities of crystal photonic computing living walls will be much true to the resonance of atlantia or lumaria. past carries a broader weaker resonance, future of things more near the asymptoty end, the future parts of the 'thing' (herein the atlantia or lumeria) are always stronger more defined in higher definition but less broad. wherein atlantia may have beena  civilization long ago it is to be a city later on in the future in a more concressed style. ~Benjamin Couwenberg 2015

i have had visions of the future society called. lumeria. thats right foggy amnesiacs who think it is in the past, it is not. only its resonance. but the height of its resonance is futuristic. it is anachronistic to suspect Atlantis being a more complex society based in the past.. but i guess you dont thinkso because i have never heard one Atlantis claimant even use the word.
In atlantis but mainly lumeria there will be crystal quantum photonic entity computers i was talking to a wall in a huge building in a round city (similar to the venus projects a tiny bit infrastructure geometry but way larger and a crystal city) ~benjamin couwenberg 2016, site creator www.consciousazine.com
Paul the Venetian - Lords of the 7 Rays

atlantis future higher dimensional 'place' or energies. incorporeal, not in the corporeal past. these future identities re enter timelines just like all other third eye visions and downloads such as grey aliens and the alien phenomena. ~benjamin couwenberg 24/01/2014 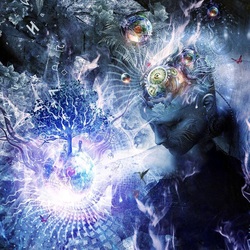 see i can see what has happened, people have had these visions of lumeria or atlantis and then imprinted them because they r so sure onto some city underwater of the past or over some pieces f past which imply advanced technologies before generally thought, such as that atomic explosion thousands of years ago long before any atomic bombs were known to be made.
That is what happens with this stuff, of course u feel adamant on your visions, thats how this works they are heavily charged (4D e-motional astral charge) the alien phenomena all of the fairies and elves all of it, they r future identities re-entering timelines, and they come via your light body third eye visions, in the manner of the forward backward asymptotic impingment of reality. and this is why u all had visions of atlantis yet were so confused u placed it in the past when it is future. http://bensnotes.weebly.com/impinging-forward-backward-asymptoty-model.html
For this IS how the future is pulling us and the past is not pushing us. 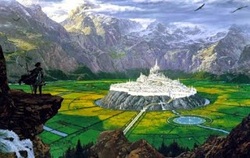 Ram Ayana
http://nexusilluminati.blogspot.com.au/2014/05/legendary-pre-flood-civilizations.html
The legendary pre-Flood civilizations like Atlantis, Thule, and Hyperborea were said to have been built on highly advanced science and technology, with a possibly direct connection with what is happening now around the world.

http://nexusilluminati.blogspot.com.au/2014/06/ten-amazing-inventions-from-ancient.html
Ben Couwenberg yes some cool stuff there ram, and also ona different note atlantis being more complex than now, everybody, is anachronistic, as we know the universe is a complexity creating and conserving machine, in my opinion atlantis comes through the eye, and is future. any past city called atlantis you can argue for days on end about different cities cultures meeting the criteria, also another sign besides the visions everyone has, that atlantis lay in future, but really its a resonance so past cities ofcourse had some thereof that resonance running through them too. notice the mazateca or azateca styled pics too another throw off, the sparkling see is the truer resonance of atlantis, how some of those pics incorporate sparkling.. and almost other realmly stuff u often see in atlantasy feel pictures... i believe the sparkling idea is spot on, and youknow lumeria and atlantis will both be like cities made out of crystal quantum computers, youknow so its fully integrated with earth energies and quantum computing standards so multi state etc in the wall. 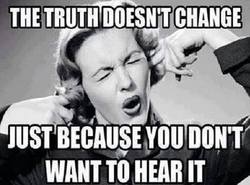 Daniel Rhudy I've been MUCH less 'at war' with all manner of things, the above included, after reading this: http://thespiritscience.net/.../aliens-atlantis-and-the.../


Dr. Neruda: “Earth was and is a very unique planet. It was entirely of water originally. But what made it interesting to beings was the fact that its core enabled it to have a gravitational force that supported manifestation.” Sarah: “What do you mean by manifestation?”

Dr. Neruda: “That it began to traverse from an interdimensional planet of sound frequencies to a planet of matter—of physical matter. Its gravity-producing core or nucleus was able to literally create the conditions that allowed it to materialize itself over eons of time.”

Sarah: “So earth started out as a water planet and it wasn’t physical?”

Dr. Neruda: “Correct. This was when the Atlanteans lived within the planet. They were the race of beings that inhabited earth at this time of its formation. The Anunnaki came to them and negotiated an agreement to allow the Anunnaki to mine a substance near the core of the planet that would be—in its essence—what today we would call gold.”

Dr. Neruda: “Let me be clear, these beings—the Atlanteans—were infinite, meaning they did not have spacetime regulation. They lived after the body died. However, the Anunnaki created a set of planes or dimensions of experience that was the equivalent of a Holding Plane, that’s what the WingMakers called it, where they could be recycled.”

Sarah: “Recycled… as in reincarnation?”

Dr. Neruda: “Yes, exactly. This was the basis of reincarnation. It allowed the Anunnaki to recycle the Atlanteans. Some aspects of the implanted functionality were interdimensional, which is to say, it could assist in the delivery of the beings to the proper location within the Holding Planes of consciousness, and assist in their reincarnation back into a new vessel.”

Sarah: “How can everyone in this universe be a part of this deception? I don’t understand.”

Dr. Neruda: “Our entire universe is created. I’m not saying it is the universe. I’m saying that what we call the universe, as far as we can observe, is part of the hologram implanted within our consciousness framework and human interface. Our mind consciousness established the spatial-temporal relationships of everything we see, and as I said, this is part of our program. And this includes the universe. ~http://thespiritscience.net/2014/10/25/aliens-atlantis-and-the-afterlife/


Ben Couwenberg thanks rhudy but i feel u dont understand your own gab. yes atlantians would be infinite in expanse as it is not a they rather a resonance. and it doesnt make sense to say the annunaki mined this or that froma planet of liquid light. people seem to have a very difficult time between distinguishing the higher reality to the lower reality and always mix it up and it makes us look crazy.


following on from the link rhudy gave me;

Dr. Neruda: “There are records of this on the disc that was taken from the twenty-third chamber at the Ancient Arrow site. But some of this we knew from other documents we’ve retrieved from the Sumerian record that have not been widely distributed. We’ve also had discussions with the Corteum that bear this out.”
Sarah: “So earth started out as a water planet and it wasn’t physical?”
Dr. Neruda: “Correct. This was when the Atlanteans lived within the planet. They were the race of beings that inhabited earth at this time of its formation. The Anunnaki came to them and negotiated an agreement to allow the Anunnaki to mine a substance near the core of the planet that would be—in its essence—what today we would call gold.”
~http://aneaglessight.blogspot.co.uk/2014/06/wingmakers-fifth-interview.html?m=1

how i would interpret this is, liquid living light when they say the entire planet was originally "water"..  notice the uncanny resemblance to how after my vision at the eschaton 17th december 2012 when i was in contact with the philososphers stone and after the vision i was to call it the liquid living stone.. same notion of light.
and if this dr neruda has anything to do with sacariah sitchins bogus sumarian interpretation! i dont want anything to do with it ! essentially, you may find some skeriks of wholesome esoterica amongst a jumble of ill interpretation. and well as far as i know not many people are great at interpreting sumarian text...so i wonder if sitchin and neruda are connected, even if just via work.
Im telling you atlantis is a future physical manifest city and it was not previously one as purported throughout new age communities, those people have either chinese whispered and heresay'd or have interpreted their visions of future as visions of past. atlantis will have quantum computerish crystal walls. Therefore i will say the atlanteans spoken of here and well in most other readings on the subject are indeed as this reading eludes to "beings of liquid light" so hence perhaps even a 5th dimensional correlation, which is the same as how i was in the presence of the essence of the philosophers stone you see, same thing, the essences and i suspect 5th Dimensional essences of the things in subject, atlantis or philosphers stone (see the dream and the stone page in consciousazine.com).
oh and the gold the annunaki were chasing would have been also not the phsyical variety hence, it would have been alchemical gold. hmm i have to read more of this article, thanks rhudy, as it would seem perhaps the annunaki are planetiod energetics themselves perhaps seeking the way via an alchemical ray of golden light, to try steal energy if you will.  ~obi ben couwnobi
"Jesus told us we have to be born of spirit and water , not of flesh hah. "~suncicaa proljetna
yeh in this case of atlantis im sure\
im sure it is NOT how others say or paint the picture of
in other words the pictures muddled.. thats why your not actually getting or taking anything from it ... that should have been the give away that somethings off.